Koodo Community
Community
S
So far this billing cycle, my phone shows 33mb usage, koodo self serve shows 50mb, although when I look at the daily breakdown the total shows 33mb like my phone? Is there an issue with the website? 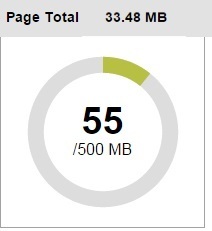 +4
I think 55mb is the actual number you used. And data usage for picture messages is deducted from it. Because they don't charge for it. (33 mb is total number without picture messages.)
B
Userlevel 1
Make sure that the data calculator on your phone is set to the right billing cycle. If the phone is a day or two off that could be causing the difference between the two. Although the data calculator on the phone is useful, and most of the time accurate it's always best to check your self serve app as that will be most accurate!
J
Userlevel 3
I found the data tracker on my phone to be up to 75mb more than the koodo tracker. It's annoying but it's nice having 'bonus data'

R
I noticed this myself today. I knew my wife used about 6MB but it was showing 27MB. She did send some mms so I'll check the next bill to see what it says.
R

+4
The data used for sending MMS messages is not chargeable to you. However, if one inadvertently forgets to disable data after sending an MMS message, then it's possible to rack up data usage charges. Some apps or services will automatically update themselves if they are not set to update over Wi-Fi only. https://community.koodomobile.com/koodo/topics/data-and-how-to-make-the-most-of-it
S
I realize all the above since switching to koodo my phone and bill show usage within bytes of each other. This month same goes with the detailed breakdown and phone but the large graph is way off. A co-worker who doesnt use data at all same goes for him he actually recieved overage emails. I was curious if they were having issues on koodos end. I have not sent any mms. Unless saving bbm photos counts....
R

+4
Thank you Sean, my reply was actually intended for Robert. It's my understanding that Koodo is in the midst of or has already perfected a real-time data monitoring solution so that data usage on your phone is reflective of the data usage in Self-Serve. Below, Grampad mentions that data tracking is now on par with both device usage and the data usage seen on the account. Further clarification would be needed to determine how much of an overage your co-worker incurred. If you feel the error is with Koodo or requires a thorough explanation, give them a call and politely explain the situation. They may reverse charges if they find the fault lies with them. I can't make any guarantees on the latter, but its worth a shot. Call *611 when they reopen at 9:00 a.m. tomorrow (EST time).
G
Userlevel 3
It would seem the data tracker needs to be explained better as I have noticed the same discrepancy between device and account. The data tracker claims I have used more than twice what my device has recorded so like everyone should I will be double checking come the end of the billing period. Also the Message counter appears to be off slightly as well as I really don't think I've sent that many messages but I'll double check, even if it takes a while. The message tracker seems to be off by 2% but since they are unlimited ... well let's just not get too bothered by that one but the data on the other hand which may incur extra charges is an issue ***NEW*** 29-June-2015 ***** Double checking usage this AM reveals Data Usage on Account tracks almost same as Device Usage, perhaps this was a weekend thing where systems are not managed as well as during the week. (?)