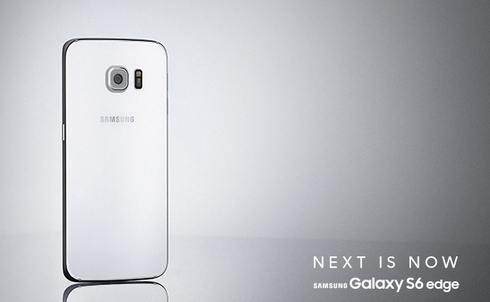 +4
As the Galaxy Note 5 is less than 2 months away as well as the Note 5 Edge I wouldn't expect Koodo to ever carry the Note Edge your waiting for. You might want to look to get it elsewhere unlocked and then use it on Koodo. If you mean the Galaxy S6 Edge then that's a different story and they have some in stock perhaps just not wherever your checking, is it the S6 Edge your wanting or the Note Edge?
Paul-Eh-D
S
Samsung note edge its now June 24th and koodo , still doesn't have them in stock bell and telus have them , what is going on I can't wait to have one , but now I have to wait grrr. hope they get there stock soon , I have never had to wait 4 months to get a phone before .
N
If you go to the phone page they have next to no info for the phone or its memory. When I phoned in to ask about it they said they would most likely only sell the cheapest one. When I asked about accessories as the website list the S5 as compatible I was told they have no clue. I mean if you are buying the edge why would you want to put it in a box like the otter when you want to show off the curves and colour changing in the lights.... Also many other carriers are offering the free charging pad or something for pre ordering the phone but not Koodo. How about some nice incentives for us long term customers that have been around since you came to Canada... I still remember buying a keybo from you guys back in the day when it was a brand new cool toy...
F
Yeah 64gb is a minimum for me, hope koodo offers it. I mean, the iphone 6 is available in 64gb, why not the s6?
N
Finally you announced the S6 & edge but still you lack the size or sizes you plan to offer as there is no expandable micro SD slot or removable battery. Also no word on charging pads ect. Samsung is releasing it April 10 when will it be available to us as koodo is still not listed as a Canadian carrier and no pre orders for us.
P
PLEASE!! I want the white one too

!
K
Userlevel 2
Can we have white color too please!!!??? I know some friends also want the white S6 edge from Koodo.
P
Userlevel 7

+4
That's awesome I just wish it was any other color than the black one.
Paul-Eh-D
A
Userlevel 7
Before the announced of the edge, I was potentially thinking of getting the M9 but now that they're actually going to carry it, I haven't thought about the M9 once again. I really hate HTCs UI. So basic. I've always liked the classic samsung black look on their Galaxy and Note series so I can't complain but it would definitely be nice to have at least one other colour choice
P
Userlevel 7

+4
I hear ya, I want one but really don't want black when it comes in such awesome other colors that separate it from the other boring black phones that everyone and their mother has. I'm torn between the edge and the M9 but leaning towards the M9 strictly for the sound experience as I'm really missing front firing speakers. If Koodo carries the Gold Platinum S6Edge I'd choose that hands down and forget the front firing speakers just for how awesome the Edge looks in that reflective color, it looks so futuristic like something out of star trek. I guess I'll have to wait to see what color M9 they get I might be disappointed there as well lol.
Paul-Eh-D
A
Userlevel 7
Oh yes Paul!!!! I was sad that I had to potentially settle for S6 in the beginning but now I couldn't be more happy
D
I want one
P
Userlevel 7