Koodo Community
Community
M
It's going to be an incredible phone, and I really don't want to deal with getting it on Kijiji. I have already decided this will be my next phone due to its resolution/infrared/radio/speed/cameras/speakers/design! Please Koodo, pull some strings with Telus and start carrying it! 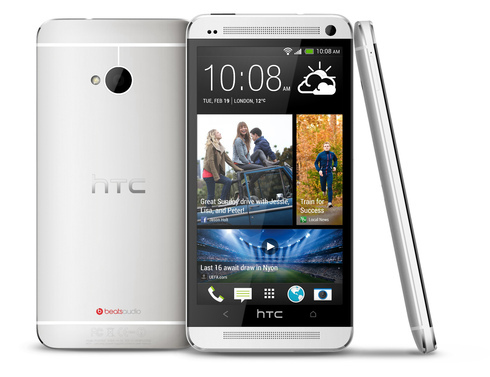 M
I know this has been posted already, but there is no harm in a little bit of repetition. Especially with an amazing phone like this one!

+4
Welcome, Michael. For future reference, instead of creating a new thread, please use the "star" to support the existing idea - especially since you mentioned you knew it existed

M
Ok, I will. But I figured it would be more effective to make a new post to outline the best parts of the phone and how badly I want Koodo to carry it.

+4
I'm with you all the way! This phone is just about near perfection. If I had to choose between the S4 and the One, it would be a toss up... in the end the Nexus 5 is probably going to win, haha!
P
Userlevel 7

+4
Here's the link to the original post, the more +1's we can get the more it will show Koodo that there is serious interest in the HTC ONE and I'm sure they will see what they can do about offering it. As Telus is already advertising it I'm sure it wouldn't be too far to fetch a deal for it. Keep in mind it's selling for $649.99 outright but in my mind worth every penny. Anyways here's the link and let any of your friends interested in Koodo getting it know about this thread as well http://community.koodomobile.com/koodo/topics/get_the_htc_one_koodo
Paul-Eh-D
P
just saw the first commercial for this yesterday, the new designed speakers are facing the right way definitely!

S
Userlevel 5
Hey Michael, We can’t comment on new phones, rate plans or services until they’re launched due to competitive reasons. If there are any new changes, we’ll announce it either here, Facebook or koodomobile.com.

Sumaya
S
Userlevel 5
Thanks for idea Michael. Happy to report that we'll be carrying the new HTC One. There were a lot of people asking for it last round and it was too bad that we didn't carry it then. But hey, expect the newest one soon!

M
So I'll be expecting a free one

+4
Haha not quite. Though in all truth you're well on your way to the Genghis Kahn badge, which comes with a free phone.... getting an idea implemented and getting the most points for one single month are the hardest ones so you're basically half way

Keep participating and you'll get there before you know it! (about 5 of of us have reached this magic stage so far)
P
Userlevel 7

+4
Not before I get one, You suggested it over 2 months after I had already done so Micheal